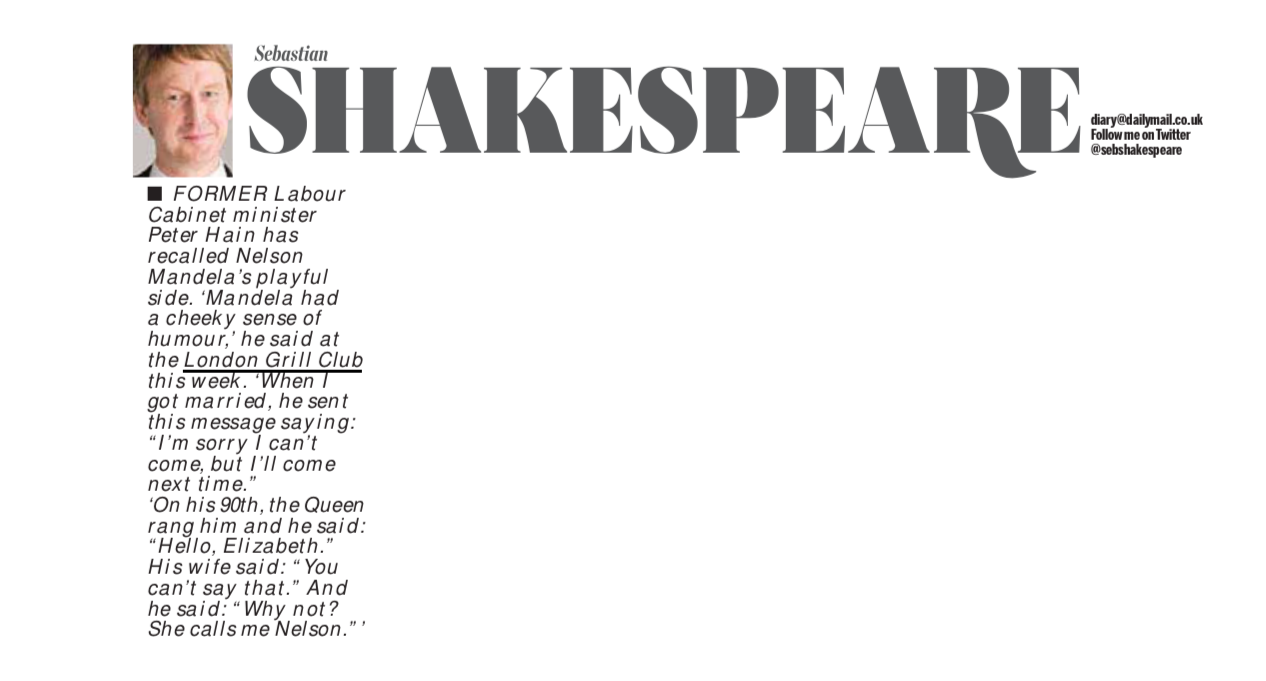 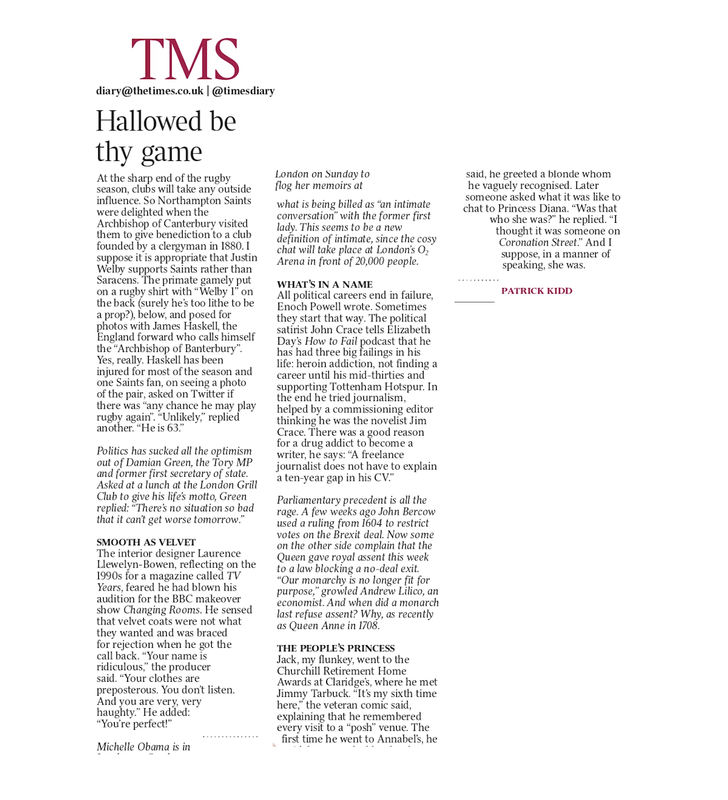 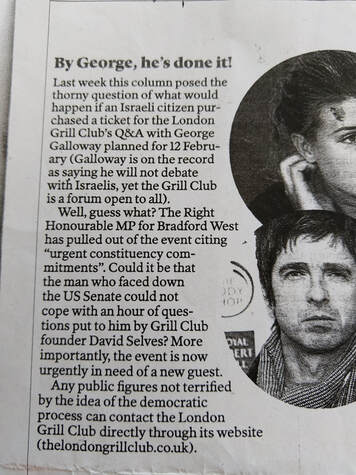 Simmy Richman, Independent Diary Column
Saturday 18 January 2014
Licence to grill
Anyone looking for a fun time who is free for lunch on Wednesday 12 February, could do worse than spend £19.50 on a ticket to that day’s meeting of The London Grill Club. The club is the brainchild of David Selves, whose idea is to “put people who matter to the flame – while enjoying good food [a mixed grill, naturally] and company”. It’s a great concept, but the real fun to be had is in the fact that the guest that day is Respect Party MP George Galloway, who stormed out of a debate at Christ Church College, Oxford, last year when questioned by the Israeli student Eylon Aslan-Levy. Mr Galloway, you will recall, will not debate with Israelis, but the Grill Club, is – according to Selves – a “platform for open discussion where all are welcome”. Israelis in London, prepare your questions now  (thelondongrillclub.co.uk).
​
"Thank you for addressing our lunch yesterday. We have not laughed so much for a long time and Mr Wilson will no doubt be using the Brain Surgeon joke!"  Mac McCarroll, Rotary Club of Brixton

"Thank so much for bringing my year as President to such a wonderful end. Several people have said not just how much they enjoyed your speech, but that it was the best they have ever heard at this type of event. " Paul Smith, President, Sussex Insurance Institute

"Your talk was very well received and made an enjoyable evening for us all." Alan Oakley, Burgess Hill Round Table

"Just a line to say how much all our Club members enjoyed your splendid talk last evening. On occasions we have some amusing speakers and at other times some very articulate ones but it is a rare pleasure to hear both from one person." Fred Rudgley, Rotary Club of Waltham Abbey

"I do like his interview style and clearly, he is an intelligent man, a raconteur, and engages with the interviewee and the audience with ease." John Kaufman, Right Recordings

"Thank you so much for being with us last night and facilitating such a robust Q&A session at the 25th Tom Olsen Lecture. It was great to have someone with your experience in that position, as they have tended to get out of hand in the past!"  James Irving, Head of Finance & Fundraising, St Bride’s Church, EC4 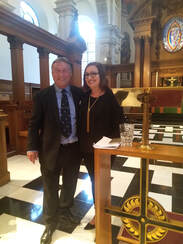